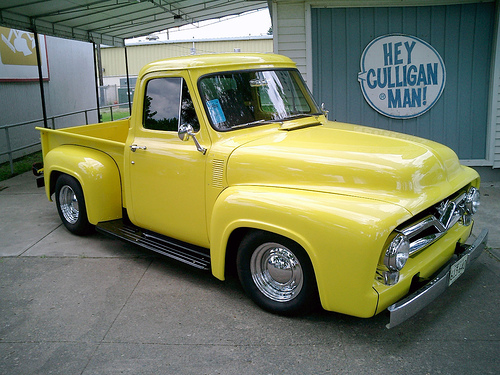 My mother tried all different brands of detergents but she couldn’t get a good head of suds in the laundry. When we lived in Brooklyn, Tide was the soap of choice. Once in a while she used Duz if it came with a dish towel in it. But up in Newburgh, the washing machine agitator swirled back and forth in dark gray waters with nary a bubble. My mother was distraught, all the whites were coming out gray and the colors were less than bright. She tried Lux, Borax, Surf and Oxidol to no avail. What was a mother to do?

Our water supply came from a well and a pump in our basement. We were used to the pristine purity of NYC water that travelled all the way from the Catskills in underground aqueducts and out of our faucets – not this infernal metallic country water pumped up from hell. My Dad finally figured out that we had hard water. You can’t get a bubble out of hard water. You couldn’t even get lather up from a good bar of soap when you showered.

Then one day I heard a commercial on the local radio station – “Hey Culligan Man!” The Culligan Water filter system would make everything all right. The water would be soft and sweet and my Moms’ wash the envy of any Chinese laundry or French Cleaners.

Mom had me call up and make an appointment for the water softener to be installed. It involved a complicated hookup in the basement before the water reached the hot water tank. I scheduled a visit for a cold Lincoln’s Birthday on February 12th when the holiday was celebrated on the actual birth date and not watered down into President’s Day sharing it with Washington. My parents still had to work since the factory had an order to get out but I was off from school. About 11 o’clock in the morning, a small van pulled up into our driveway and out came a man in a spiffy gray uniform, The Culligan Man! I opened up our front doror and waved him to go back around the house to basement. He trundled along with a propane like tank on his hand truck. I met him at the back door.

Our basement was dark, humid and unfinished in gray cinder blocks with a dusty concrete floor and dimly lit by a 60 watt naked light bulb bobbing unadorned from the ceiling. Two laundry lines stretched from one end to the other with wet clothes hanging to dry like veils in a harem. I let him in. As the tank bounced over the ridge in the doorway, he caught me staring at him as he struggled to get it up and over. “Hi I’m Jim, you’re Culligan Man.”  He was an attractive guy probably 40 or so, husky with his gray trousers bunching up nicely. He took off his Eisenhower cut jacket to reveal a barrel chest under his white shirt with bow tie. He kept his cap on with a sporty tilt. I brought over a chair from our summer kitchen table set and sat close by to watch him install the tank. Michael and Karen were out playing in the snow so we were alone.

He worked steadily explaining to me step by step all the advantages of the soft water system. He turned off all the water. He cut a section of the pipe, expanding the joint, screwed on a casing and looked back to see me watching. Over the next 20 minutes our eyes often met as he worked and explained to me:

“At Culligan, we understand how important water is to you, your family, and your home. Which is why when you trust Culligan with your water needs, we promise to deliver one thing: better water, pure and simple”

Slowly, meticulously he assembled the unit; lifting and straining to get the pipe to fit into the tank and make a perfect seal. Suddenly turning around to reach up to an overhead connection, he lost his balance a bit as I grabbed him by the waist to hold him in place. We stood there for a moment till I quickly grabbed a towel off the line popping off the clothes pins in my haste to cover my embarrassment.

With a little few little grunts he wiped his brow with a clean rag and cleaned up any mess he had made. “OK it’s ready to go! Why don’t you help me turn it on?” He stood back to admire his work and gestured to proceed. I put my hand on the bright new shiny copper valve he has just installed. It was tight and wouldn’t budge. He put his hand over mine and we both turned it slowly till it moved.  WHOOSH – and a CLANG CLANG . We could hear the water whisking through the pipes into the tank and back out and up and around and up into the house above..

He smiled at a job well done as he gathered up his tools. Putting on his jacket, he asked me to come over to sign off on the job. He held a metal like box and I pressed hard as I signed my name through the carbons. He pulled a lever and out came three copies, white, yellow and pink. I got the yellow slip. His signature, James Mac Donald floated above mine. With a tip of his cap, wink and a smile, he grabbed his hand truck and off he went. I locked the basement door and I ran upstairs. I stood by the living room window, slyly watching through the curtains as he got into his van and drove away.

From my pocket I pulled out the now soiled rag I had surreptitiously took while Mr. MacDonald wasn’t looking and  held it to my nose to smell his sweat. With a sigh, I went over to my stereo and put on “Naughty Marietta” from my Readers Digest Collection of Great Operettas. I got undressed and took a shower to test the system.  I sang along “Napoli, Napoli, Na-a-apoli” to the Italian Street Song as I stepped into the tub.  I brought the rag in with me and used it as my washcloth. When “Ah Sweet Mystery of Life” came on, miraculously a rich lather sprang from my bar of Dial soap and I slavered it all over my body in rich luxuriousness. A hot steady spray cascaded from the spigot as the Prell worked up in my hair into a white icing. My body was sleek like an otter as I soaped myself up using his rag.

The burning hopes, the joy and idle tears that fall

The bathroom window fogged up as the room clouded with steam. Anna Moffo and Peter Palmer sang out and reached a melodious peak – “For it is love alone that rules forevermore!”  I almost slipped when I got lost in the moment. I bent over to pick up the dropped bar of soap and the rag that I had dropped now brighlty white, clean from the suds swirling around my feet. Yes, the water was now so soft but I was now so hard.