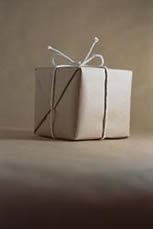 I was lying on my bed listening to the original cast recording of the Sound of Music with Mary Martin (before Julie got her hands on it). It was a fold out LP and like holding white gold in my hands; I read the liner notes over and over. 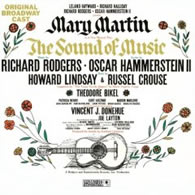 “Anthony! Come here, I need you!” my mother yelled up from the bottom of the stairs like Don Ameche yelling for Watson in the 1939 movie, The Story of Alexander Graham Bell. “You have to go to the drugstore NOW!”

My mother furtively gave me a folded note and a five-dollar bill and instructed me to give both directly into the hands of our neighbored druggist. She was in an anxious state of mind as I made a quick pit stop to our only bathroom. I noticed once again, the mysterious reappearance of a weird flesh-toned belt-like contraption hanging over the bathroom towel rack. And sensing something was odd by the way Mom instructed me to secretly pass the note to the druggist, I quickly got going on my two-mile trek.

The playing cards on my bicycle wheels never made such a clatter as I whizzed away like Miss Gulch in “The Wizard of Oz”. I was afraid the clothespins would pop off as I sped along Route 94 to the Windsor Pharmacy.

It was like “High Noon” as I entered the drugstore and peered down the long, long florescent lighted aisle to the counter. “Do not forsake me, O my darlin,” I hummed to myself as I pretended to weigh myself on the pennyweight machine, 151 lbs. I carefully unfolded the note. It was in code –

The five-dollar bill dropped to the floor. As I bent over to pick up the money, I saw Mr. Cassetti, our druggist, behind the counter. He was wearing a white doctors silky top, the kind with three buttons up by the shoulders. The buttons were open and a shock of black hair spilled out. “Ben Casey, Ben Casey” – I whispered to myself, as I approached not a little unexcited, peering at his patch of chest. 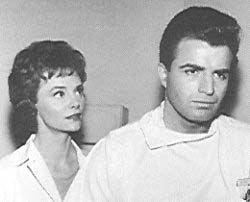 I handed him the note as I pretended to peruse the assortment of gum on the counter, picking up a pack of Sen-sen (“Oh we got trouble”). He fondled the pens in his white shirt pocket, read the note and gave a little knowing smile and looked right into my eyes.   I imagined I heard him murmur “Man, woman, birth, death, infinity.” “Be right back,” is what he actually said.

After a few minutes, he handed me a package wrapped neatly in brown paper and tied up with string not unlike the shirts I used to pick up for my father from the Chinese laundry except harder and stiff.  “Thank you, Mr. Cassetti, can I have this gum too?” I held out my hand and it brushed against mine as I counted out the change that he returned. I ran out quickly.

My mother was waiting on the steps outside of our house, puffing a Kent Menthol. “What took you so long?” she snapped, grabbing the package out of my hand and disappearing into the bathroom. I somehow knew not to ask what was in the box.

I put my bike back in the basement, raced upstairs and flung myself on my bed. Chewing Sen-sen, I dropped the needle back down on The Sound of Music.  On the palm of my hand, I traced the symbol for man that Dr. Zorba drew on the blackboard that always opened Ben Casey. “My day in the hills has come to an end I know…but deep in the dark green shadow are voices that urge me to…” And then the urge took me over…

“Alleluia, Alleluia!”  The nuns were chanting as I woke up sweetly exhausted and flush, a short while later. It was dark now, and I thought I heard a distant thunder, as Maria sang: “Raindrops on roses and whiskers on kittens; Bright copper kettles and warm woolen mittens; Brown paper packages tied up with strings; These are a few of my favorite things.”