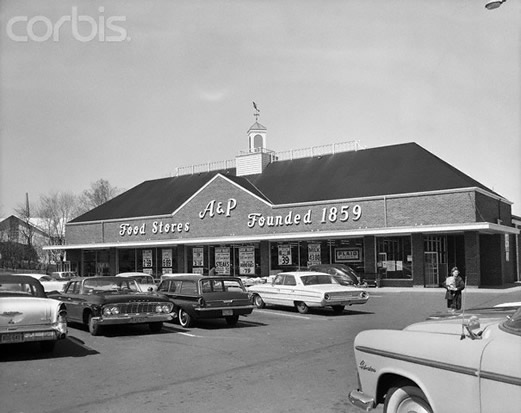 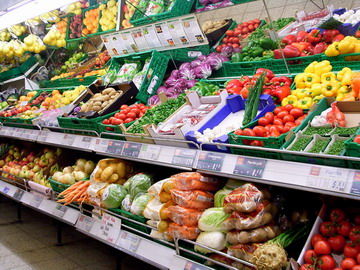 In the middle of the Saturday  afternoon Dominic marked down prices on any highly perishable items since we were closed on Sundays. I closed down the department by taking all the perishables like lettuce, scallions, berries, and parsley etc. out of the cases, gently putting them in boxes and storing them in the walk-in refrigerated locker. I would then take all of the chipped ice out of the tables and drain them dry. One final Windex cleaning of all of the case windows and I was done. Sometime Mr. Smith let me take home any stuff that had been marked down since it would not last till Monday. After work I would usually meet my mom at the new Squire Village Cinema and catch the 8:00 o’clock movie. Or sometimes I would go over to my friend Ralph’s place. He lived in the condos right behind the fence behind the loading dock that separated our store from the Village townhouses. Ralph was the only kid I knew whose parents were divorced. He lived with his Mom who worked nights at a local diner so he was often alone. We would watch TV or play scrabble or wrestle.  Ralph was a tow headed tuff loner who would make me do things that supposedly he thought I did not want to do. I worked every weekend and all summer from 1964 to 1967 and got to know the guys in the Meat Department especially Joseph the butcher who would give me special cuts of meat to bring home to Mom. I would sometimes have lunch at the coffee shop next door with Mr. Smith who would always treat me to grilled cheese with pickle and fries that I always ordered. All the full time adult staff loved me but curiously I was not liked by the part time staff that was mostly my age. I often went over to Mr. D’Aiuto’s house and got to know his daughter, Maria who was a older than me and yet looked younger in an autistic kind of way; shy, demure, and protected by her father reminding me of Jane Wyman in Johnny Belinda or Susan Harrison, J.J Hunsecker’s sister in The Sweet Smell of Success. He would drive me after work to his house for dinner where his wife made a big Italian dinner, my favorite being spaghetti with braciaole. They became my surrogate family and he was always trying to get me to take Maria out since he thought I was a fine upstanding Italian boy. I never got the hint to take her out or so he thought.  So on New Year’s Eve 1966 Dominic and his wife took me and Maria down to Nanuet to see the road show presentation of The Sound of Music presented in 70 millimeter. I was so excited by this since we would get to see the show as it was presented in New York City with intermission on a big screen with multi-channel stereophonic sound. It was a bitterly cold night as we drove the 30 miles to Rockland County, me sitting as far away as possible form Maria on our faux date. When we arrived I opened the car door for her and grabbed her arm as we hurried from the parking lot to the lobby. Dominic treated us all to buttered popcorn. Graciously or guiltily, I bought Maria the souvenir book as a present as well as one for myself of course! The overture finished and my heart leapt as the curtains parted to reveal the Austrian alps and the sound of  wind coming from the back speakers, the birds coming from the side speakers as the camera swopped down to catch Julie Andrews spinning around on the high tor filling the front speakers with  voice singing “the hills are alive with the sound of music.” I whispered to my Maria, “They left out the intro to the song!” Somewhere during the film I murmured they left out the songs of the Baroness and Max! (she should have known then). During the middle of “I am Sixteen going on Seventeen,” Maria reached over and held my hand. I limply held it back staring straight ahead, being engrossed in the scene and angry that I was being distracted. Little did she know I was fantasizing that Rolfe and I were holding hands, dancing from bench to bench in the gazebo. The audience clapped when Leisl yelled “Whee” in the rain at the end of the song, giving me an excuse to take my hand away from Maria. 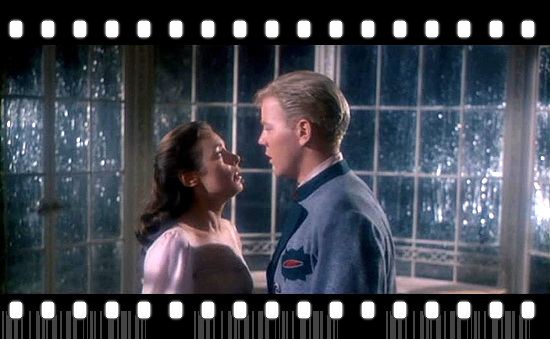 It seemed like a long way back to New Windsor as I sat looking at the window pretending I was Maria on the bus staring out into the distance whispering “I have confidence in me.” I didn’t. We had a bottle of Cold Duck back at Dominic’s’ house to celebrate the New Year and I suspect to help grease the wheels at the supposed love match.  Dominic and his wife went to bed and left us alone. We turned the TV on watched the final hour of Guy Lombardo playing at the Waldorf=Astoria – ‘Enjoy yourself; it’s later than you think.”   It was late as the cloistered Maria drove me home. With my hand on the car door handle, I gave her a quick peck on the cheek as I dashed out and down my driveway. At 2am, my home was a silent cold, dark Neuschwanstein Castle with no handsome King Ludvig to meet me at the door but only a sleeping Hexe in the downstairs bedroom. I took my shoes off and slowly crept upstairs to my bedroom. My father was snoring away in his bed as I got into the other bed next to my brother Michael, pushing him up against the wall to make room. The frost on the window lit by the street lamp make interesting patterns on the ceiling as I drifted off to sleep dreaming of my little Nazi boy, Rolfe who somehow looked like my friend Ralph. I could sleep in late till 8am tomorrow; the A&P was closed for the holiday.  I had January 2nd off too but Mr. Smith asked me if I could work from 10 to 7… You wait, little girl, on an empty stage 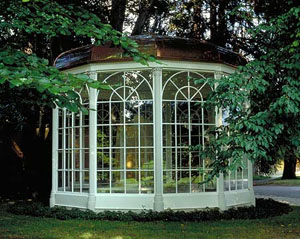 For fate to turn the light on Your life, little girl, is an empty page That men will want to write on You are sixteen going on seventeen Fellows will fall in line Eager young lads and rogues and cads Will offer you food and wine Totally unprepared am I To face a world of men Timid and shy and scared am I Of things beyond my ken I need someone older and wiser Telling me what to do You are seventeen going on eighteenI’ll depend on you Finaletto: As fate would have it, 30 years later in Austria, Gary and I would have a private moonlight dance in that very gazebo from The Sound of Music, invited by a business colleague of ours who had access to a private estate where it had been transferred. On that very same trip I did get to meet a Mad King Ludvig look-alike at a cocktail party who I shamlessy flirted with to no avail..