In January 1969, I was in my second semester as a junior at St. Joseph’s Seminary. Located in Yonkers, Dunwoodie as it was also known, was the university to study at if you wanted to be a priest for the Archdiocese of New York.  It was also known as the West Point of seminaries for its strict rules, classic curriculum and educational regimen.  If you drive across the Cross County Parkway in Westchester from east to west, the castle like turrets spring up over a hill as you approach the Thruway. I used to sing “Camelot!’ as I sped up the hill in my Fiat 500.

I entered the seminary for humanistic reasons more than theological or deistic ones. I was going to change the world and help my fellow mankind – this is in the nascent days of the Vietnam protest and the era of peace and love. I thought I could use my great love of theatre and talent as a director in my ministry – harking back to the days when Mystery Plays were performed to teach the faithful.  In time I discovered that the church did not see this as a viable teaching tool.  I did get to direct plays at the seminary though and produce a children news show on ITV, the station of the Archdiocese.  RCA had donated to St. Joseph’s the color television studio they had at the 1964 World’s Fair.  Maybe the C in RCA stood for Catholic!

For my public speaking class, I prepared a short speech on the poetry of TS Eliot.  The date set for my delivery was January 15, 1969.  There was a movement afoot to make that date a Federal holiday in honor of Martin Luther King Jr. who had been assassinated the year before. A few miles away in North Tarrytown, 1,500 employees of the Ford Motor Plant were planning to take the day off in protest if their factory did not close in King’s honor.

A few of us seminarians approached the Dean of Discipline to ask if we could suspend classes for the day and commemorate Dr. King with readings and meditations. . A flat NO was the response.  We were very angry at this response but as powerless as the plebes at West Point. 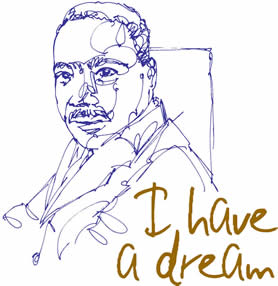 But I had a plan and it would also get me out of having to give a speech, which I was dread to give due to my stuttering. So far my speech impediment was undiscovered but I was fully aware that it was against Canon Law to ordain a priest with this handicap. This sword of Damocles would hang over my head to the very end of my seminary days.

January 15th arrived. I went to class and sat through fellow classmate speeches on the “Influence of St. Helen’s mother-love on her son, Constantine the Emperor”;  “Jesus: the message was the medium” and the “Song and Second Vatican Council.” (which gave us “kumbaya”). The countdown to shame came up to my number.  I walked up the lectern to deliver mine: “The use of time in the poetry of TS Eliot.” I gave the class and my professor a hard stare. I dramatically threw down a copy of my speech to the floor. I said in a very loud voice (this helps in not stuttering) – “I am not giving my speech today in honor of Martin Luther King Jr.!” I walked quietly out of the class. My professor was as speechless as I was.

The next day I was called into the Rector’s office and given a scolding on not conforming and being a radical. As a further example, he pointed out I was wearing brown penny loafers (bought on 8th St. in Greenwich Village) and not the regulation black ones to match my black pants and shirt with Roman collar.  I was silent. I was sent to the chapel to pray and meditate on my transgressions. I went to my room instead and read “Soul on Ice” by black author, Eldridge Cleaver. Meanwhile sixty autoworkers were suspended that day and so was my dream of becoming a priest. 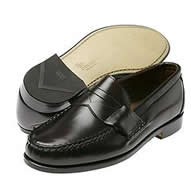 It is a cold and frigid, Monday January 21, 2008 – Martin Luther King Day. I am sitting at my desk at work over looking Times Square, typing this. As I look down at my Allan Edmonds brown penny loafers, I laugh ironically – the Briggs Office is open for business…

What happens to a dream deferred?

Or does it explode?