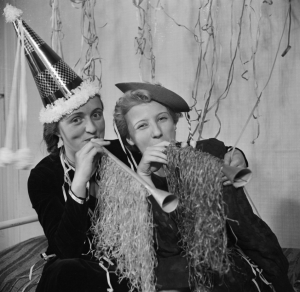 You know I love words and their etymology. On this 35th anniversary celebration of Briggs, two words come to mind: January and Milestones.

Our month January is named after Janus, the Roman god of beginnings, gates, and transitions, he is usually depicted with two faces, one looking back and one looking forward. And Milestones are literally markers along a road signifying where you are and how far you have to go or figuratively speaking it’s an action or event marking a significant change or stage in development.

Let us journey back and look over the Briggs milestones before we turn our face forward to the Briggs of tomorrow.

In 1980, 37 years ago, June Briggs hosted a lady’s luncheon for the spouses of her husband’s medical association meeting. It was a great success and off she went. This is how most Destination Management Company’s started by enterprising woman all over the United States. She was a DMC before the name was even invented. For a brief while June worked at Red Carpet Associates owned by her friend Jane Beers before starting her own company in 1982, Briggs Convention Associates, 35 years ago, our first big milestone!

Let’s jump forward 8 years to 1990 when SITE held its International Conference here in New York City. I met June when I was at Tour de Force Events and all the New York DMC’s worked together on the host committee. June and I hit it off right away even as competitors. You know when you meet somebody and there is an instant bond. Maybe simpatico is the word.

I remember the final night SITE gala cocktail party at Trump Tower. It was closed down for us, quite a feat may I boast! As entertainment, Jeff Kalpak and I had Broadway characters come down the long Trump Towers escalator: the MC from Cabaret, Roxie Hart from Chicago, Dolly Levi from Hello Dolly and then ironically came down our host for the party, Donald Trump. He graciously welcomed us all and walked the 300 of us up Fifth Avenue to his wife’s, Ivanka’s hotel, The Plaza. I remember the day, October 14, 1990, because it was the day Leonard Bernstein died as you meant so much to me. We dedicated the gala dinner Broadway review to him. As Maria and Tony were singing “Tonight, Tonight” for some cosmic reason I whispered into June’s ear, “If you ever want to sell the company, let me know.” She enigmatically turned and smiled back. She didn’t have to say a word, I knew I would be with her soon, somehow, somewhere. “Tonight, Tonight, it all began tonight” indeed another milestone!

Then on a cold wintery morning two months later, the day after Christmas, December 26, 1990, Boxing Day, I got an unexpected phone call from June inviting me to be her Director of Operations. Of course, I said yes not knowing how important that phone call would be to me and Gary. For ten years as Director of Operations, I learned from the best. June’s honesty, integrity, savviness, humor, gratitude, loyalty and gracious style, are all the cornerstones of what have made our company so successful.

Then of course came September 11, 2001. We were all at work. You know the rest but I still have the picture of Gary carrying an exhausted Ruby the last blocks to our home on 110th Street and all the neighbors along the way offering water – to our dog not us! While other companies were letting staff go because of the tragedy, Briggs decided to retain all the staff. We knew future business would soon return and we were ready. And they did! A Sad milestone

At that time, there were four or five us, huddled over each other. So, we found a new office on the fourth floor, Suite 406 and five years we later re-branded ourselves as Briggs Inc. Milestone and milestone.

Like the month, January, this story of milestones so far has been about dates. But it is the people of Briggs that are the markers that have made us what we are and will be. Some of them are milestones, and maybe some were milestones!

Ah millstone: another word! One of a pair of cylindrical stones used in a mill for grinding grain. Or a source of worry or distress.

Roberta Horton, Norma Raglin, Donald Briggs, Tom Borchard, Lauren Oliva who sat on chair with a piece of wood across it as a desk. Too many other Laurens to name, Jason Weeks, Danny Licthblau, Camille Philips and the infamous Karima.

Time for another milestone: I met Spirit Cruises’ Director of Sales in 2001 And was so impressed with him, I said “You will be working for Briggs one day.” He laughed. Ha Ha Ha. Well I had the last laugh, a year later Mr. Cosimo Bruzzese was at Briggs.

Tripping over some more millstones – Luigi Dato and Sarah Gippin.

Our stewards – Steve Wilders, Bruce Racond, Richard Kestenbaum, Howard Cagin, Jim Nuzzi, and Michael Costa who took us from ma and pa to the successful company we are today. And Doris and Al at Bank of Long Island.

Our vendors – Bermuda, Academy, Nic from Starbrite, Dorothy of VIP, Sean at Sardi’s. Mary from RA and Ronnie at GP. Pattie at Ellis and Julie here at “21”. Jeff Kalpak, Dean and Zak. Sammy the cart man, over the years I figured I ate some 1,500 tuna or egg salad sandwiches!

Our Clients – Sandie Porter from Maritz, Jan and Eve from Carlson, Allan and Bruce from BI and Mary Bussone from ITA. And Marty for ABA, with June Briggs in 1986 conference touring 5,000 guests in three days!

Theatre – from Phantom to The Producers to Jersey Boys to Hamilton to Harry Potter. Thousands and thousands of tickets bought through Birdie Robbins and Pat Dailey.

Then there are event milestones: The June Briggs Awards in 2002, incentive trips to London, Rome, Dublin, Florence, Quebec, Paris, Mexico City, Mohonk, the Bronx and Coney Island. The Briggs Beat, our sales presentations (Gary dressed up as the Wizard walking through Maritz with a wand), Wheel Spins, birthday lunches, guide outings and our holiday videos.

What a trek! Our milestones have brought us 2017, to all of us here:

But the journey does not stop here.

It’s time for our Roman God, Janus to turn his head and look to the future to the next milestone. Briggs has been a gift to me and Gary and Cosimo and to all of us. We have all taken that gift and made it multiply and shine. We are the most respected DMC in the United States thanks to all of us. We do what we do. Hospitality from the Latin hospice. Hospital shares the same root. We heal people, we give them wonderful experiences and memorable dreams. Even a well-executed transfer from the airport to hotel can be something our guests remember. We are ambassadors to this great city of New York.

It reminds me of parable of the five talents from the Gospel of Matthew. A master puts his servants in charge of his goods while he is away on a trip and gives each one the same talent. Four servants foolishly squander their talents while one servant makes a wise investment and the return is multiplied. Funny our word talent is based on a skill and/or money. There are so many talents here, I could hardly tally you all up!

I trust I have been the good master and we have been the wise servants and custodians of Briggs Inc. and have grown our talents. So, I am excited to announce “tonight, tonight”, another milestone, an important marker, an investment of our talents.

This investment ensures Briggs a bright future for all of us with many more milestones of longevity, financial stability, modern technology, enhanced benefits, corporate support and great opportunities.

So let’s raise a glass on this Briggs Janus-ary New Year’s Eve milestone on this exciting day for all of us.