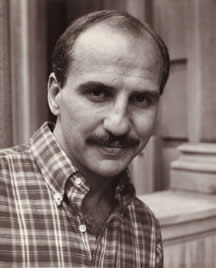 In between my Off -Off Broadway directing jobs, I paid my rent as a teller at Bank Leumi, an Israeli establishment on Fifth Avenue and 47th Street in Manhattan.  I would work there from 9 to 5 and then direct showcase rehearsals from 6pm to 11pm. It was a long day and a long subway ride home to my place in Park Slope, Brooklyn. Ars gratia artis

As a stood at my teller window in front of a wall of the skyline of Jerusalem made out of cut-up pieces of carpet, customers would que up on one long line and then wait for the “Next Available Teller.”  There was one particularly good-looking Israeli boy who somehow always got to my window. I caught him a couple of times letting other people go ahead of him while he pretended to be fumbling, filling out a last minute deposit slip.

We would demurely exchange pleasantries as I slowly counted out his large deposits, delaying our transaction as long as possible. Soon enough, our hands would ever so lightly touch as I handed him back his receipt. He would finger the diamond ring on his pinky finger as he sweetly whispered thank you then look deep into my eyes and coyly say Shalom. It was like a prison visit of some white trash girl visiting her man at Sing-Sing as they stole a forbidden kiss as the warden watched on. Or a scene from “Midnight Express” where I was the young American captive and he was the handsome swarthy Turkish guard.

My prisoner of love was named Sol, short for Solomon and he worked in his family business in the Diamond District on W. 47th Street across 5th Avenue. He hated his job but was compelled by his strict Jewish Orthodox father to assist him at the Exchange. He longed to open up a floral shop. He always smelled of lavender scent. Our exchanges went on for a half a year with the visits becoming more brazen and our conversations longer. I gave good customer service.

One frustrating morning visit, Sol asked if I would meet him for a drink on Saturday night after Sabbath was over. I hesitantly agreed. He suggested we meet at a bar called Camp David. That seemed like an ironic place for our rendezvous since Israel and Palestine were negotiating peace terms at The White’s House’s Camp David. I wondered excitingly what negotiations he had in mind to bring us to détente.

Camp David was located on the fashionable Upper East Side on Lexington Avenue. I soon discovered it was a gay bar. I was 26 and surprisingly I had never been to one and was very scared about going to one now. I was sexually precocious in many ways but not “out.” I was socially inept at meeting guys in public outside of illicit places. That Saturday afternoon I almost backed out in going if it were not for my roommate, Loretta’s insistence that I grow up and go. Should she have said, “grow out!”

Showered and coiffed, I hopped into my metallic chocolate brown, Toyota Corolla and drove into Manhattan taking the Brooklyn Bridge and up the East River Drive. There was no anticipated traffic; I got there so early I had to walk around for an hour before our meeting time of 8:30pm. I circled the block may times to see who was going in and out. I didn’t know then that NYC gay bars didn’t start hopping till much later so I saw no one go in or out.

I finally got up the nerve to enter the bar. It was a small place, dark, clean and contemporary in style. I took a barstool at the far end of the bar by the TV as All in the Family” was just about over  – “Those Were the Days.”

An older mustachioed bartender in white shirt and black tie brought my requested cocktail. There were a couple of guys at the back of the place sharing a table and quietly chatting, all very civilized. I was not set upon and stolen by a homosexual white slavery den. I downed the first gin and tonic quickly and was on to my third in no time.

It was 9:15pm and I was playing with the lime and stirrer in my fourth gin and tonic when the door opened. A sexy woman decorously dressed in a gray skirt and blouse with black pumps walked in. She was clutching a leather handbag as she peered into the darkness; I didn’t think lesbians came to this bar. I only knew the Park Slope flannel and denim variety lesbian. Guess this is what they called a “Lipstick Dyke.”

She slowly sidled down the bar as she moved closer to me. Of all the empty seats, she took the stool next to mine. I hurriedly pretended to look discreetly away as to not to have to interact with her. The final moments and theme song of The Mary Tyler Moore Show was playing on the TV.

“Who Can Turn the World on with Her Smile?”  I froze as I got a whiff of lavender.

“Hi Tony, sorry I am late.”  I quickly turned in disbelief to see… Sol.

“Hey Sailor, see anything you like?”  I dropped the lime on my lap.

I held tightly onto my empty lime-less glass and stirred as I looked down at his pinky ring. It’s a wonder the glass didn’t explode in my hands.

“You can call me Sheba, tonight” she laughed lightly.

But her laughter, amplified by my surprise, fear and nervousness, seem to fill the bar. Were the bartender and that couple at the back laughing too – Laughing wildly, wild strawberry lipstick mouth agape, handle bar waxed mustache bouncing up and down like some Ingmar Bergman surrealistic sequence I might have seen at the Thalia.

I did not know what to do. The G&T and the lavender were going to my head as if to swoon-

Without a word, slapping down a few dollars on the bar, I ran out onto Lexington Avenue, jostling an East Side doyenne and her poodle. I had my keys out before I got to my car. I almost flooded the carburetor as I pounded the gas pedal. I sped down the F.D.R Drive and through the Brooklyn Battery Tunnel, having to pay a toll to get home faster, safe and sound.  Thank God, Loretta was out on a date. I jumped into bed, turned off the lights and pretended to sleep till I finally did.

Later that afternoon the thought of Monday sprang up! What was I to do tomorrow when he showed up at my teller window? So of course, I called in sick.I went to work on Tuesday and waited all day for the siren’s call.  Sol did not come in that day or the rest of the week. He never came to my window again; fumbling on line if he had to, so he could avoid me. Eventually, he stopped coming to the bank and another runner for his company made deposits. 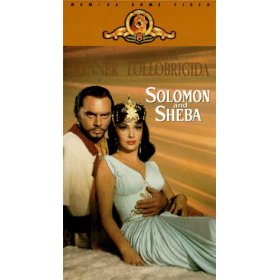 Looking back at Solomon and Sheba that night, of course I knew I acted silly and not wise.. I had behaved like a silly little girl in the big bad city. Of course, it was a shocker seeing Sol as a She but I could have at least stayed a bit and got out gracefully.

It was not till fall that year that I dared to go to another gay bar. I was tired of tricking on the streets. So I picked a safe haven to return to the scene of the crime. Julius, a bar in the Village was not so threatening since it seemed like a place where the old queens went to die. I could be a chicken and not chicken out.

Eventfully I graduated to other bars for the living and the quick: Uncle Charley’s, Wildwood, Tys and Boots and Saddles.  I wised up pretty fast as the Bicentennial year started in 1976. I reveled in a newfound freedom of liberation. I was ready for any drag queen that came my way. It was a time to throw my hat in the air, spin around and start living…