As you might have guessed, I intend to gather all of these segments into book form. Actually I had the intention to write my life story way back in college. How pretentious! So here is what I wrote in 1972. It was meant to be the first chapter. It is pretty much the way I wrote it with just some minor tweaks. 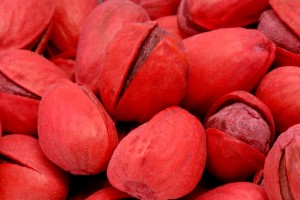 Pistachio Nuts! Yes, Pistachio Nuts, the red ones, the kind that the color gets all over your hands and mouth. That’s where it all began – those blasted nuts, a glass milk bottle and a boy.

Bill was possibly an eight-grader, tall, lean and blonde and our Irish landlady’s son – practically an adult – someone to look up to. I was a young Sal Mineo tintype with short brown hair, slight widow’s peak and a tiny nose (little knowing it would bloom five years later to a classic Roman schnoz!).

So it happened in Brooklyn. If you blindfolded me and dropped me in any part of Brooklyn, I would instantly know it was Brooklyn. Like Tchaikovsky; I hear two notes of his and I know it’s his music. In this case it’s Brooklyn. I don’t what it is – ladies in kerchiefs and pants, men in green work clothes, grubby kids or is it the church on every corner that makes Brooklyn the City of Churches? I don’t know.

My first childhood memory – correction – my first sexual childhood memory occurred one fine spring day. My mother was pregnant, again. I already had a brother so what next? Bill and I were playing on the stoop in front of our Park Slope brownstone (stoop is Dutch term for the stairs leading up to the front door).

We were playing with our little green plastic toy soldiers (which taste great too if you nibble on them). I was “America” and he was “Japan”, the mysterious east. I would fling my spitballs at his troops and defend our honor. But he had a secret weapon – napalm. He would take out a book of matches and throw fireballs and burn my soldiers, searing them with his flame until they became an ugly blob of green melted plastic. How could America withstand the attack of Japan? 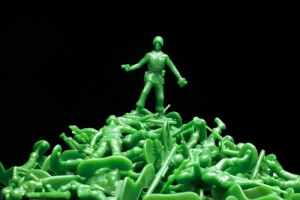 As I said, the time was spring and my pregnant mother, whose acute smell due to her late term, whiffed my burning soldiers from the open window up to our third parlor floor. She leaned out the window and screamed:

“Anthony what the hell are you two doing?
What’s that awful smell? Playing with matches again?
Do you want to burn the Goddamn house down?
I have enough to worry about without having to worry about you!
You should know better! What are you doing?”

“Shit, you can’t even talk, can’t you do anything right?” my mother announced to the entire neighborhood.

“Soldiers!” I cursed back.

But I had them all fooled. I stuttered on purpose. Well that’s how it began. Mommy and Daddy never noticed anything I did – not my drawing, my homework, my writing, nothing. But when I did something wrong – WOW I was the center of attention. They would yell, hit me and even fight over me. So I began to count on all the bother and fuss to get attention. But, but, but my plan didn’t work out so well. Before I pretended to stutter, now it happened beyond my control. My mouth had gone Frankenstein on me. I couldn’t do anything right.
Meanwhile, Bill and I put our soldiers away. Japan was impotent without her flame. I was gonna go upstairs and watch “The Howdy Doody Show”. It was time, 4:00pm. However Bill said he wanted to show me something. He gave me some more of his pistachio nuts and led me up the fourth floor landing under the roof.

We sat down. It was dark but some light came through the dirty skylight, enough to see what was around me – some empty milk and Coke bottles and Bill in his blue dungarees. “What’s’ up?” I naively said. Bill smiled. He pulled down his zipper. Three metallic rips that sounded like the roar of a locomotive whizzing down the tracks. He pulled out his “thing” and held it. I continued eating pistachio nuts. He reached to my mouth and took a wet, saliva-covered empty shell. He placed it on the head of his penis. It looked like a little soldier with a red helmet – “The House of the Rising Sun”. He looked into my eyes and I knew what I had to do – the same. I don’t know why, like follow-the-leader. I fumbled with my dungaree buttons. I struggled to get mine out. I thought I lost it until I felt a sharp pain as it grazed over the rough teeth of the zipper. As last it whimpered out. Bill placed a helmet on mine. Both stood at attention like a standoff. Then we touched them, bowing the heads as if starting an elaborate duel. We parried and thrust. My pistachio nut fell off in the heat of battle and it left a red stain on the tip. My penis looked like a little matchstick. 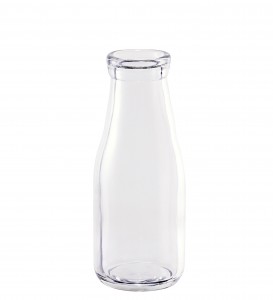 Bill then grabbed a milk bottle and slowly guided the head of his penis into it as it grew and engorged, making the entry difficult. “Pheasant under glass,” he joked as he spit and put some of his saliva on the bottle rim. The mouth of the bottle moved back and forth over his skin. He never took his eyes off of me as it glided in and out. All of a sudden he sighed and something happened which I couldn’t understand. If by magic, a milky cream appeared in the bottle as he pulled it off. He motioned me to try. I attempted to perform the same trick. I picked up another milk bottle and my little “thing” easily slid in. He told me to look into his eyes, as he tried to kiss me. I moved mine back and forth following Bill’s instructions carefully. But then  I broke my stare to look down to see how I was doing and how big I had grown. I gasped in disgust when I saw a roach at the bottom of the bottle. I tried to yank my thing out but it was stuck. Billy was laughing. I pulled hard till it finally came out, with the sound of a Tupperware lid – POP. I was wincing as I stared down on my red stained penis. Now I was scarred for life I thought.

I jumped up and ran down two flights to my apartment, leaving Bill who was sitting Indian-style in the dark hallway. I skidded past my mother to the bathroom and slammed the door. I scrubbed and scrubbed trying to get the red pistachio stains off my little weenie. It was like the stigmata on the statue of St. Francis that I used to kneel in front of at church. I rubbed it so raw that it began to hurt so I put some of my mother’s Nivea cream on it. As I came out of the bathroom my mother crinkled her nose and said: “Anthony have you been playing with my lotions again?” “No Ma!” as I plopped myself down in front of our Philco television.

“The Howdy Doody Show” was just over. As I changed the channel, I noticed my fingers were still stained red from the pistachio nuts. Emulating Bill, I moved closer to the TV and squatted Indian-style. I folded my hands underneath my legs to hide them from my all-seeing Argos Eyed of a mother. Suddenly The William Tell Overture rang out! I tried concentrating on the show but I kept remembering my afternoon skirmish and  couldn’t stop thinking of Bill and his legerdemain. The music blared out again as the half-hour Western concluded. My heart was beating in fear and delight and as fast as I licked the last lurid red remnants of the Pistachio nuts. I knew I was stained with original sin forever as those final galloping notes of the famous war horse overture rang out and a voice announced:

Who was that masked man?”
A fiery horse with the speed of light, a cloud of dust, and a hearty ‘Hi-yo Silver!’
The Lone Ranger! 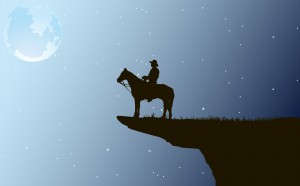