It was a cold, late afternoon on January 7, 1976 as I headed out in my heavy dark blue Navy Pea Coat to the D Train from Park Slope, Brooklyn to get standing room only tickets for that evening’s performance of “Fidelio” at the Metropolitan Opera House at Lincoln Center.

As I walked onto the Lincoln Center Plaza, the fountain sprayed a frosty glow and the Chagall’s looked like Marc had just finished them with his box of Crayolas.   The usual bunch was already on queue for the standing room tickets: opera queens, Juilliard boys (and girls), Saul Bellow Upper West Side characters, senior citizens, and me.  This night was my lucky night since they still had student seats left.  I got to sit in a real seat in the orchestra; House Left at the extreme end the row – 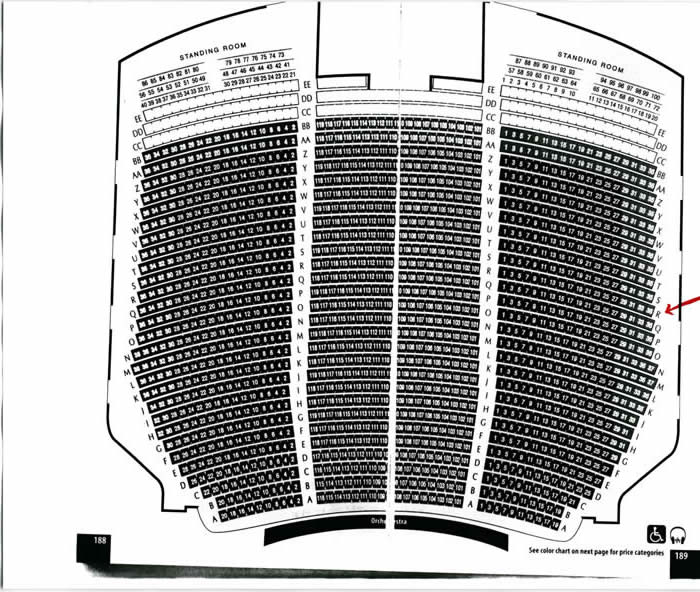 After I got my ticket I strolled next door to the Library of the Performing Arts to hang out till the 8pm curtain. I had come here many times since 1967 when I was a student at Cathedral College on West 87th Street and West End Avenue. If I sat at a certain LP listening station, I could watch who went in and out of the Men’s Room while I listened to the latest original cast recordings – how perfect!

At 7:45pm I went to my seat so I could read my program. The great Boris Aronson had designed the sets and the young John Mauceri of later Hollywood Bowl fame was conducting.  Of course, I knew the plot of Beethoven’s “Fidelio” – about Leonore, loving wife disguised as a prison guard named “Fidelio””(the Faithful One), who rescues her husband Florestan from death in a political prison.

I settled in with my coat folded neatly over my lap. I could never understand people who put their coats on the back of their seats and then sit on them! – so uncomfortable and lumpy and wrinkling. Then the magic moment came that never failed to excite me. The Swarovski Crystal Chandeliers, a gift from Austria, rose slowly up, up and up to the golden ceiling of the Met.  The house darkened.

It was then I noticed I was seated next to an attractive older gentlemen dressed in suit and ascot with his coat folded on his lap too. I tried to glance discreetly sideways but he caught me looking.

The overtures began.  Leonore, disguised as a gentleman, began to sing in the beautiful quartet  – Mir ist so wunderbar (“A wondrous feeling fills me”).  It was then I felt the pants leg of the ascoted gentleman brush up against mine. I stared straight ahead and concentrated on the music. As he shifted in his seat, his shoe slid up along mine and then withdrew. I stirred in my seat. Since the electrical gap was now broken I decided to close it and move my leg close to his. Contact was made as a surge of electricity pulsed, almost in complicity with the surging quartet.   The current ebbed and flowed to the end of Act One.

I swiftly flew up the aisle at intermission for a breath of fresh air on the Grand Tier Balcony. Mein herz was pounding.  I didn’t know what to do, but knew I had to do something. As I walked back downstairs I saw my gentleman standing up against the Enzo Pinza Water Fountain holding one of those silly white cone cups people pretentiously use to drink from the fountain to prevent their lips from touching the spigot. I jauntily walked up and bent over and took a mouthful direct from the bubbler. He was standing next to me now. As I wiped a bit of water dripping down my mouth, I stammered out  “Tony” to his slightly British cadenced response of  “Alfred.” He surreptitiously gave me torn piece of his program with a phone number that I guess he had hastily written.

Suddenly a woman approached. He said to me “This is my wife Lynn” and to her “This is my friend Tony.”  Like a grand dame she said “Good Evening Antony” and stared right through my mask of embarrassment. I was saved by the bell so to speak, as the usher struck the end of intermission chimes. I quickly excused myself as I waited for them to go back to their seats first.  I took my seat at the last moment as house lights were almost dark.  I looked furtively over – funny I didn’t notice whom he was sitting next to during Act One.

The young  John Mauceri climbed onto the podium and started Act Two. Florestan is alone in his cell, deep inside the dungeons. He sings first of his trust in God, then has a vision of Leonore coming to save him:

In our darkness the switch was pulled once again and the current flowed. Our ritual continued till the famous off-stage trumpet call announced the arrival of the minister. The horn stirringly rang out as a hand moved under his cashmere coat and across my overlapping dark blue one. His palm ever so slowly and gently moved over my thigh to its desired end.

Oh God what joy at last!

Oh what a moment unsurpassed! 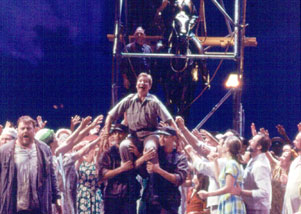 Mauceri was impassioned leading the orchestra in the interpolated Leonore Overture #3. My gentlemen caller was stirring as well. Then came the great chorale finale ultimo. The gates opened and the prisoners came up into the light in joyous exhalation of freedom and love.

There was a standing ovation, torn program confetti streaming from the “heavens” and four curtain calls. Since I was on the aisle, I left before the last applause died out and the house lights came up. I grabbed a quick drink of water at the Pinza Fountain before I floated onto the plaza like Cher in “Moonstruck” but without Nicholas Cage on my arm.

The D Train came right away.  Seated in my orange plastic subway seat, I felt like Cinderella as my coach arched up over the city and across the Manhattan Bridge – A Lovely Night.  The walk from the subway station to my apartment on Garfield Place was exhilarating. I got into bed and read the entire “Fidelio” program from cover to cover. The night was long and cold.

The next day I woke up feeling like Scarlet O’Hara the morning after Rhett carried her up the dark blood red staircase. Having waited anxiously till 11 am, I finally got up the nerve to dial the number on the scrap of paper that I had looked at so many times during the night. It rang a few times till it connected. “Hi, this is T-t-t-t.”… I was stuck – T-t-t-ony.

Then a female voice said sharply and knowingly  “Antony, don’t ever call this number again, ever.”

I recoiled and dropped the phone, the scrap of program still in my hand. The winter sky darkened a bit and I felt like the other Christine pulling off the mask off the Phantom revealing the horror underneath – a hideous laughing grin. I sat down on my coat on the sofa which I had jauntily thrown there the night before. Reaching under into my coat breast pocket, I took out my ticket stub – Row R35 – and tore it up as the glittering Swarovski Chandeliers came crashing down around my head. I went to my window and stood there motionless like Garbo in Queen Christina, silently staring into the horizon. 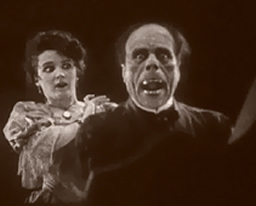 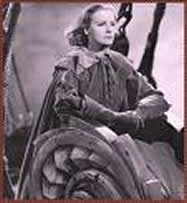